There are difficulties, but encouragement

When the United States Congress passed the Smith-Lever Act (also known as Agricultural Extension Act) in 1914, the US established extension services through Land Grant universities to assist farm families. In addition to providing advice and resources for agriculture and home economics, 4-H clubs received federal funding to train youth in a variety of skills. By the time the Great Depression started and the New Deal initiatives expanded the reach of government into many adjacent arenas through the Resettlement Administration and the later Farm Security Administration, the programs funded through Smith-Lever and administered through the Department of Agriculture included Home Demonstration and 4-H, both of which included initiatives to teach women and girls how to improve efficiencies and hygiene around the home, including canning, mattress making, garment making, and a handicrafts for home beautification such as quiltmaking. This image of 4-H girls posed with their patchwork quilts accompanied other photos featuring mattress making and pillow making, along with recreational activities. The caption alone suggests the importance in raising morale that such federally-funded programs had during the 1930s. 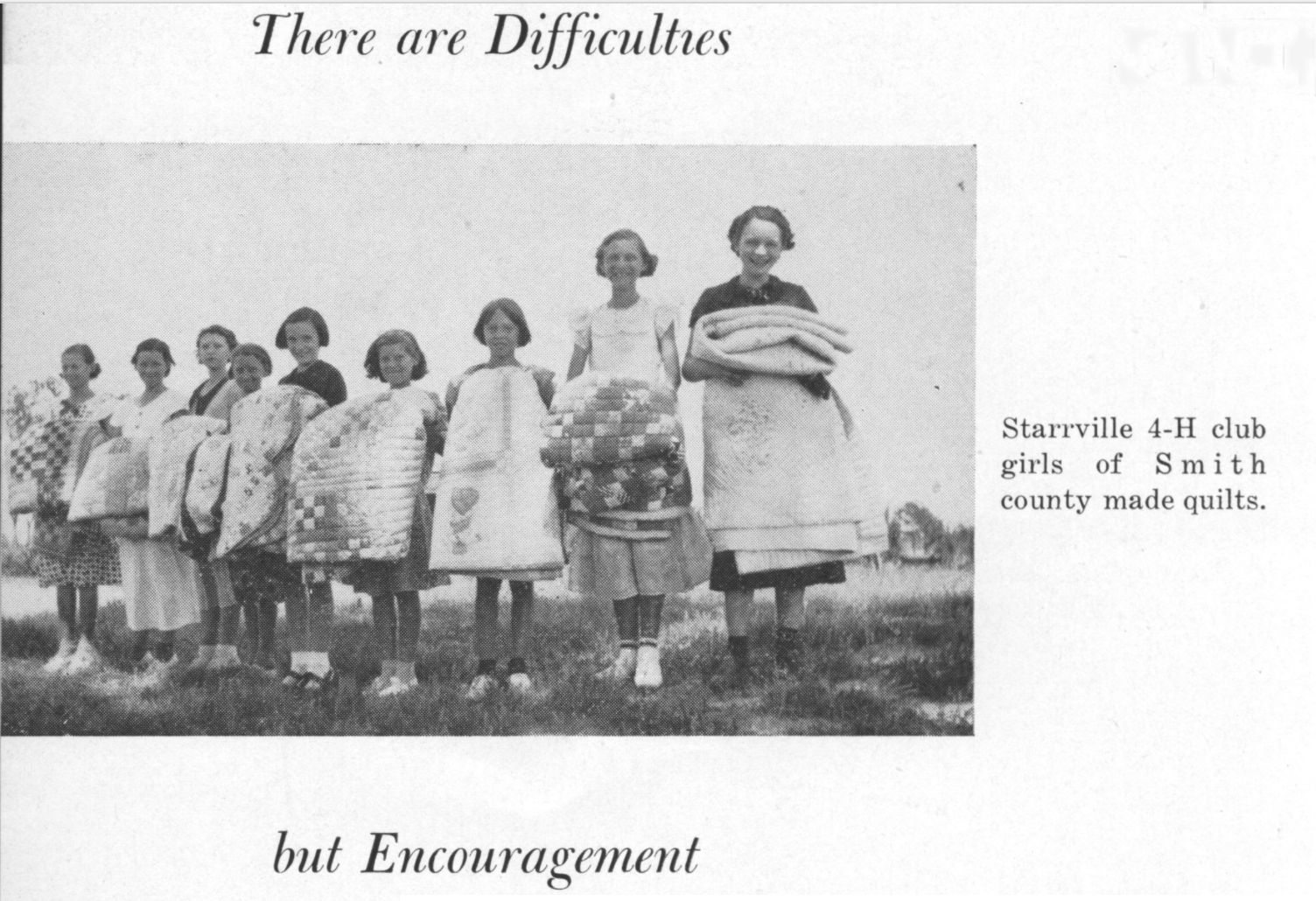