Farm women, members of the “Helping Hand” club, carefully roll up the quilt upon which they are working. Near West Carlton, Yamhill County, Oregon. 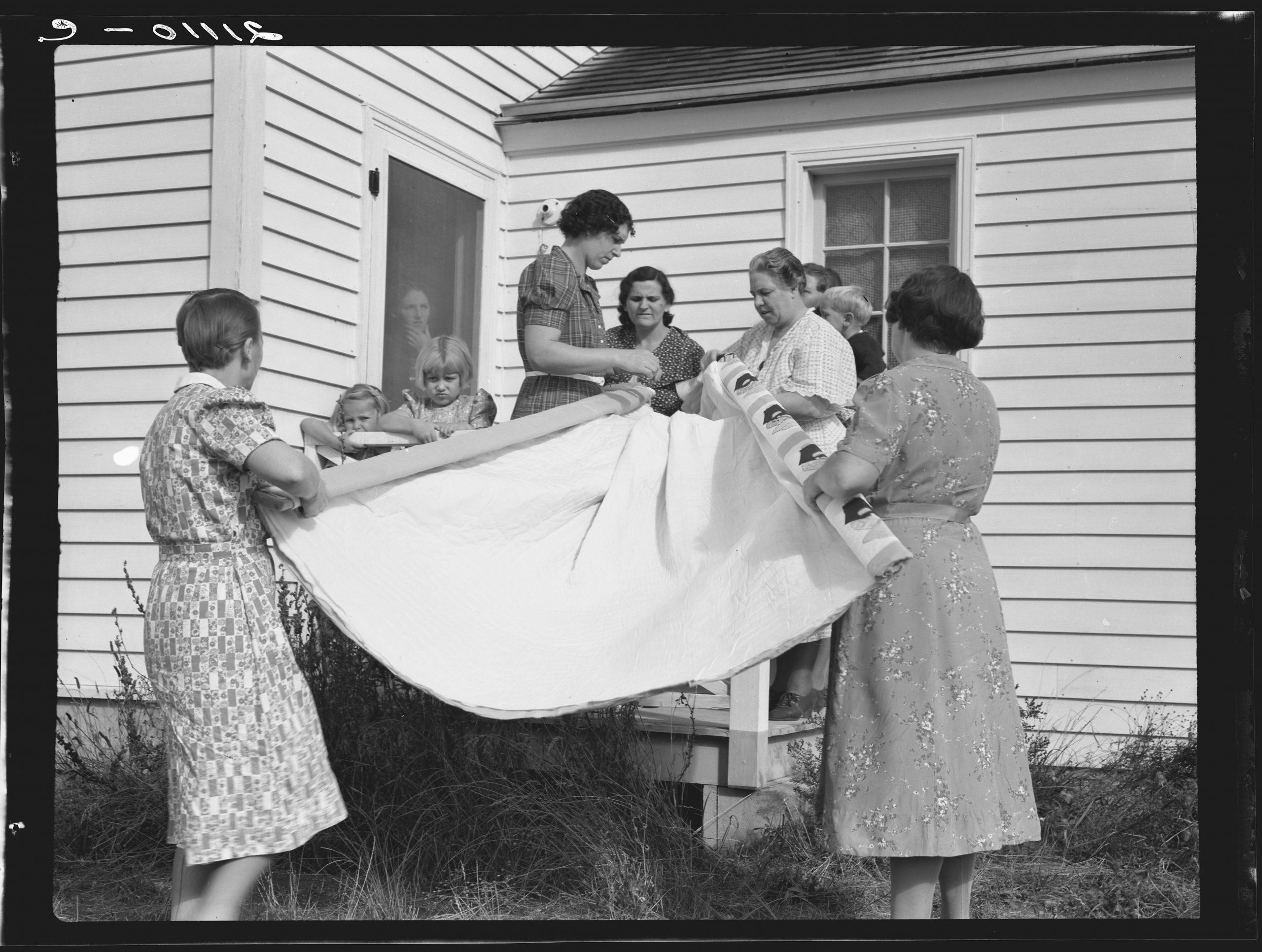 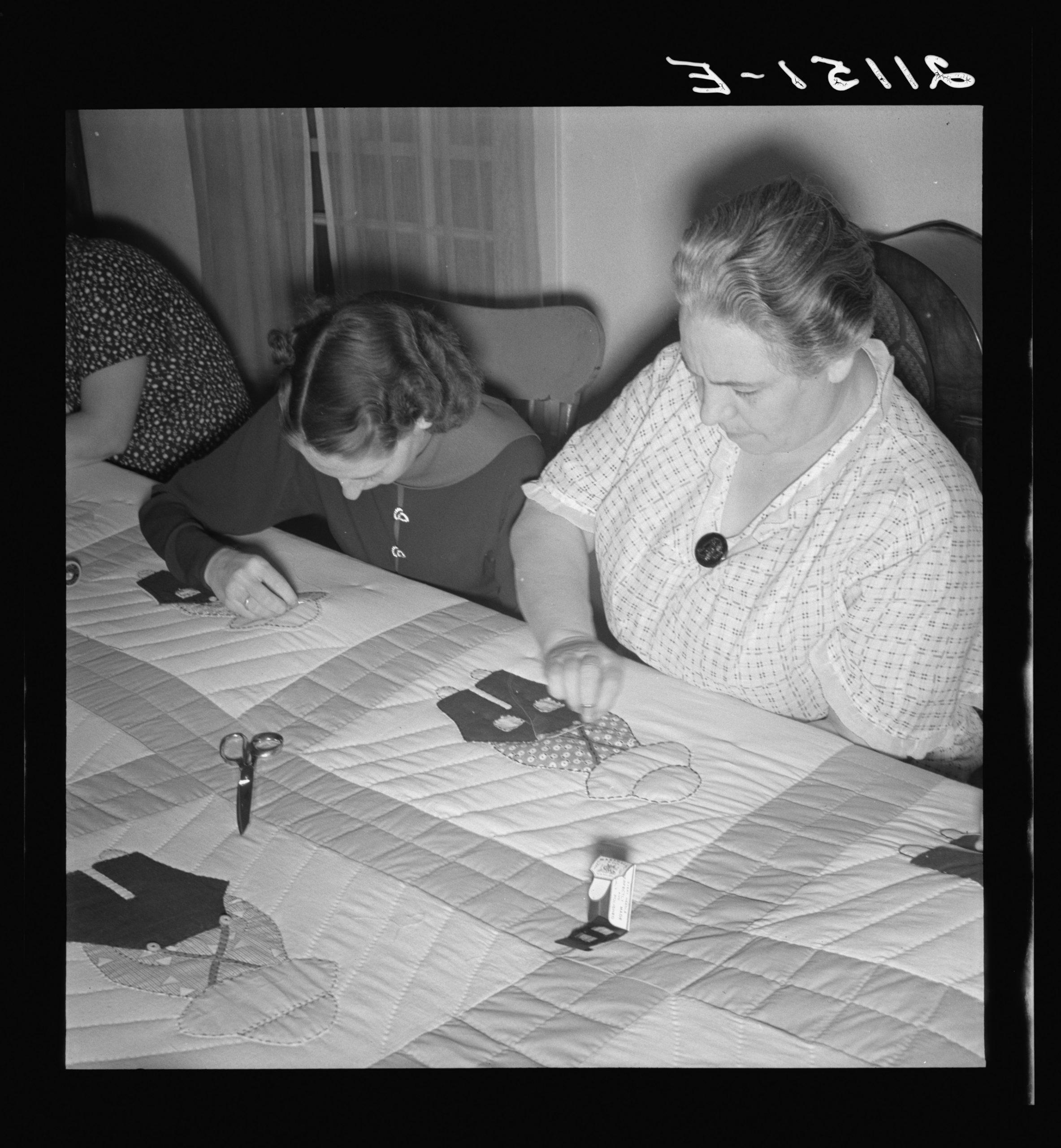 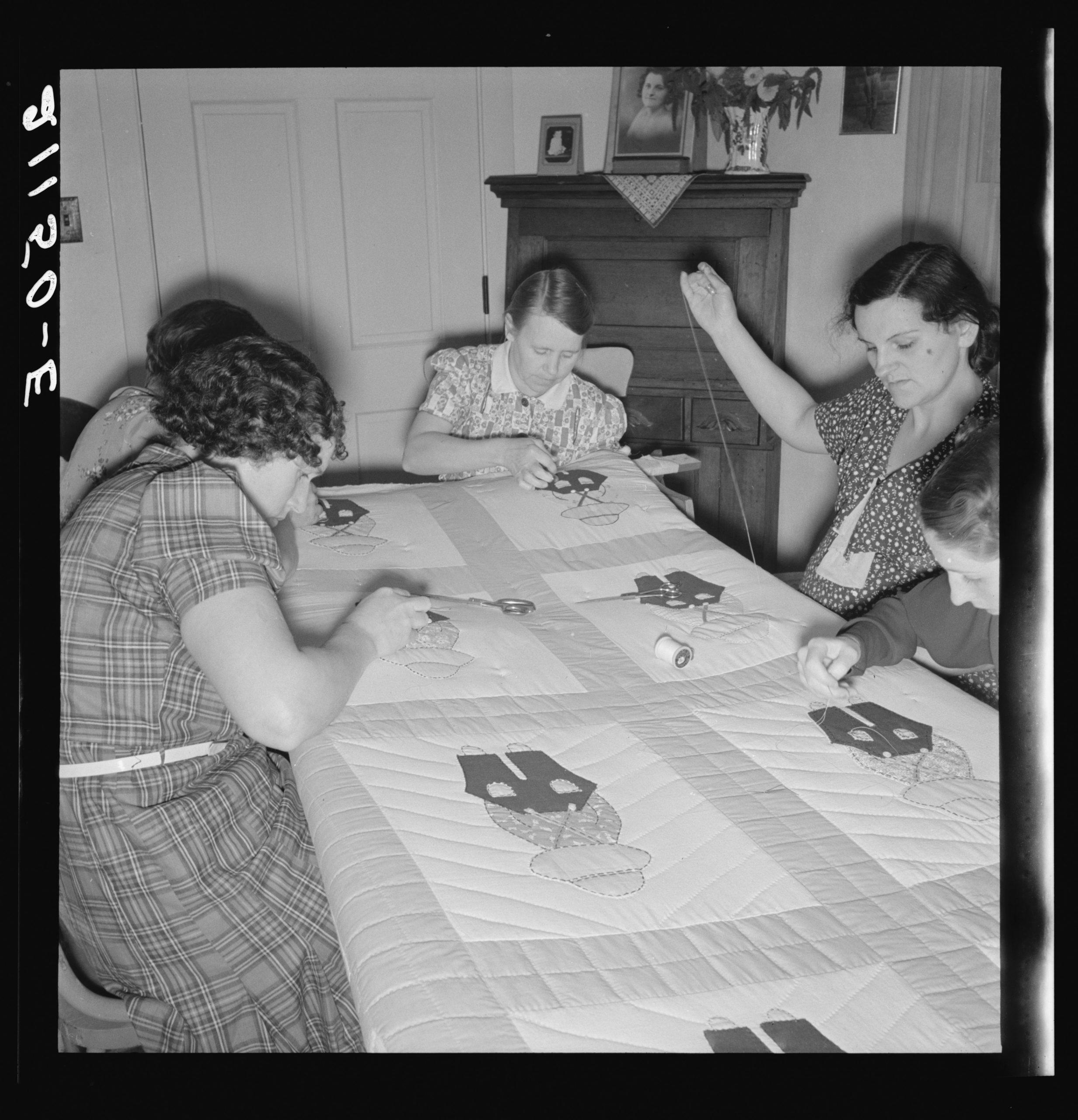 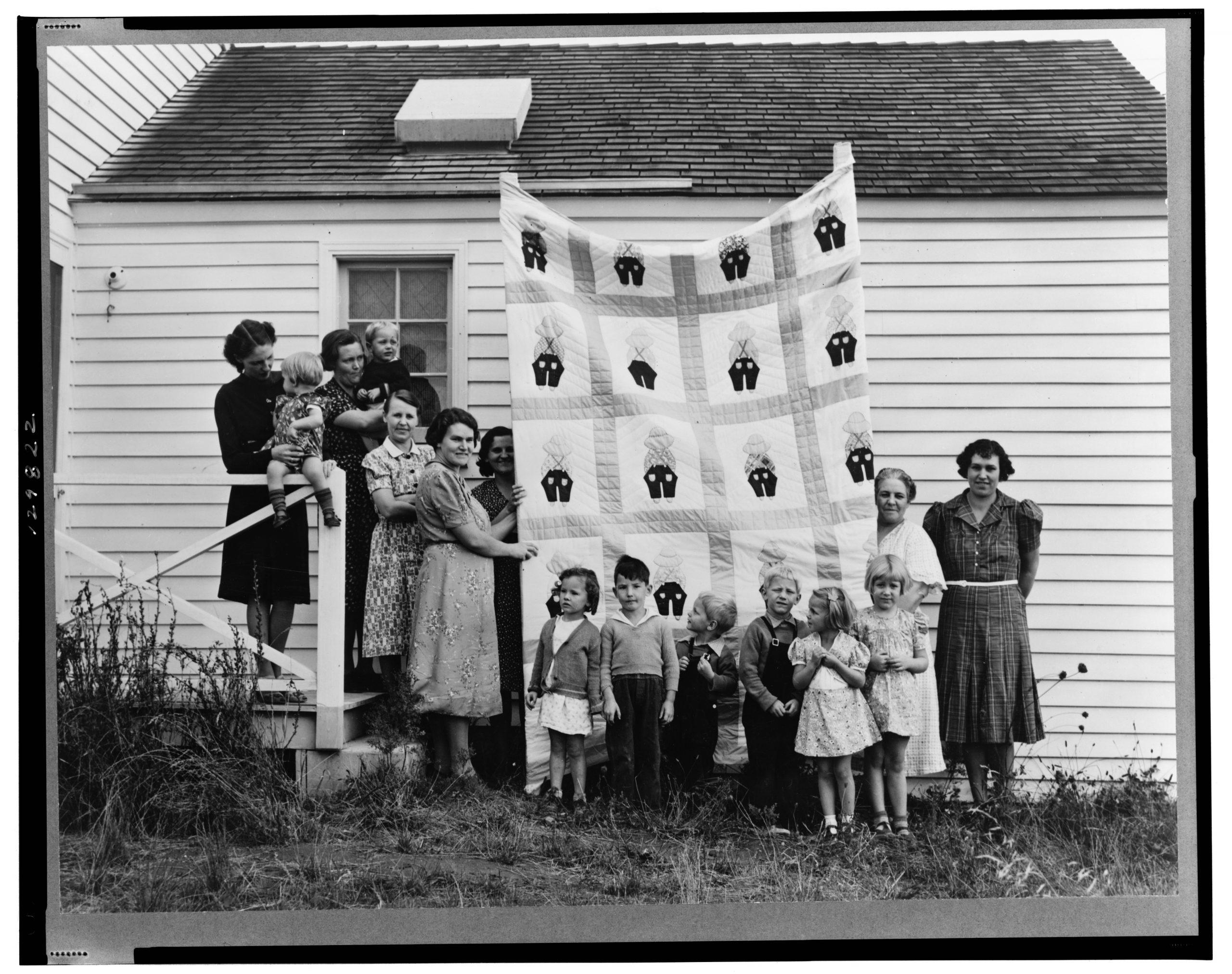