Mrs. Bill Stagg exhibiting a quilt made from tobacco sacks which she ripped up, dyed, and pierced. Nothing is wasted on these homesteading farms. Pie Town, New Mexico 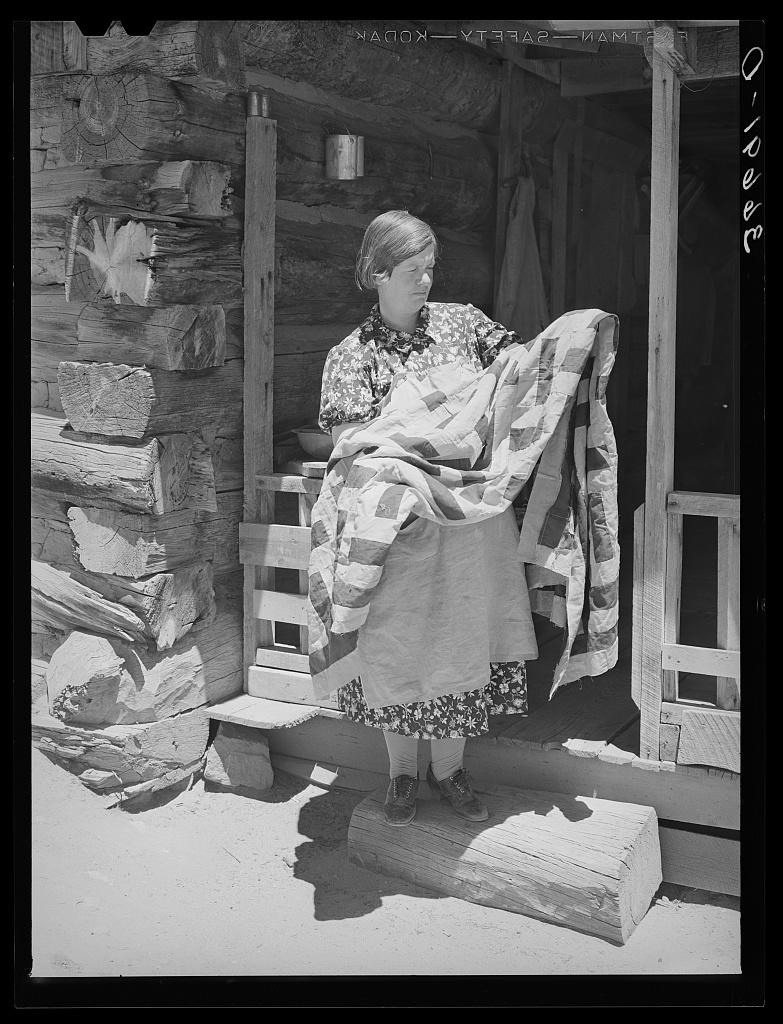 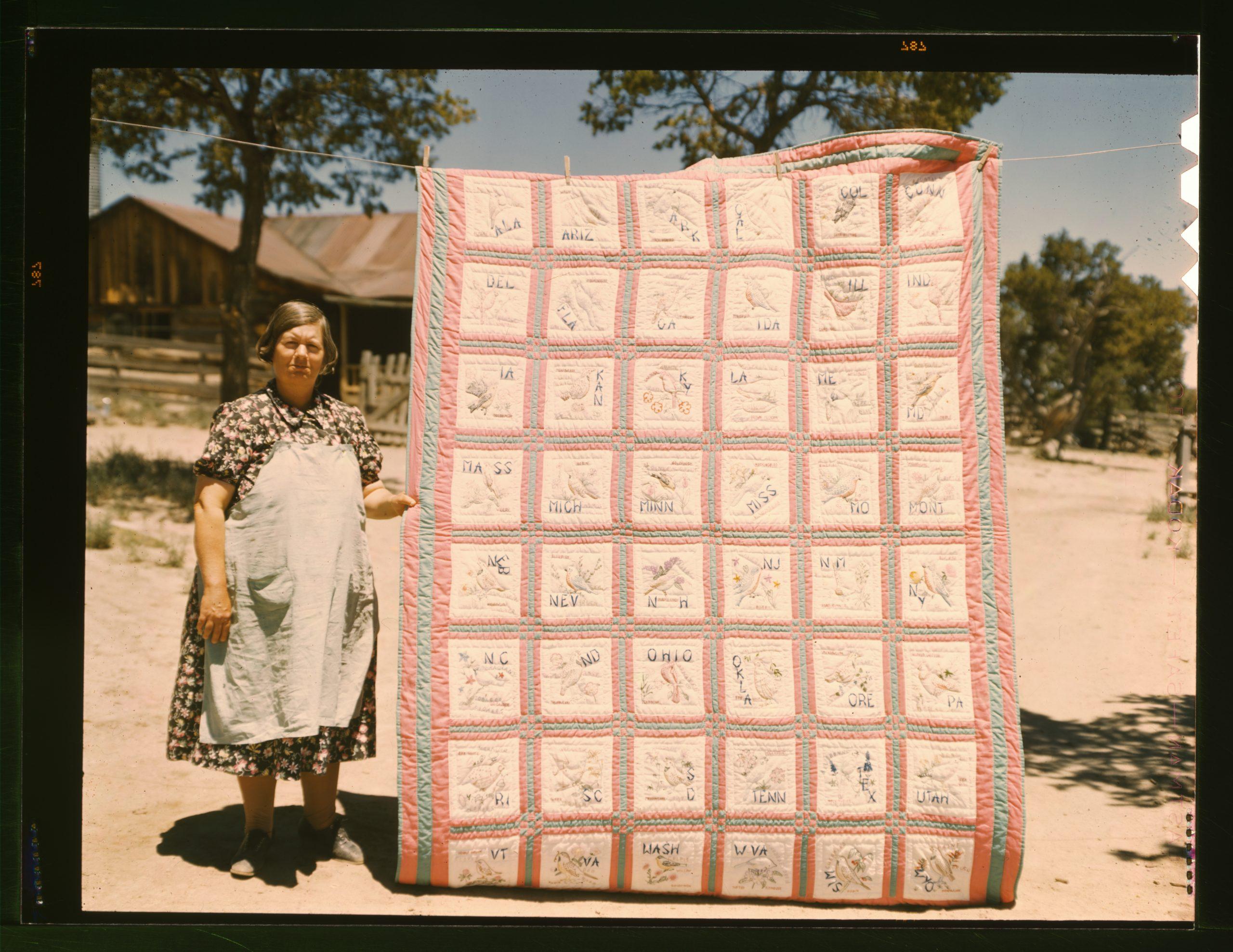 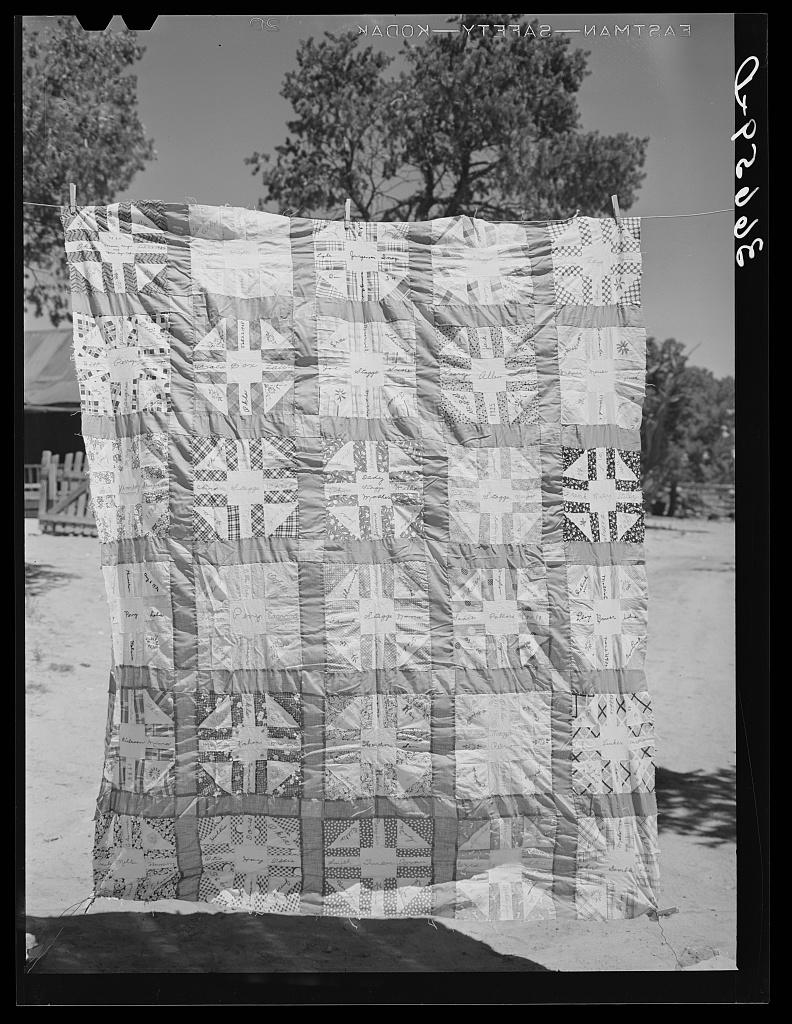 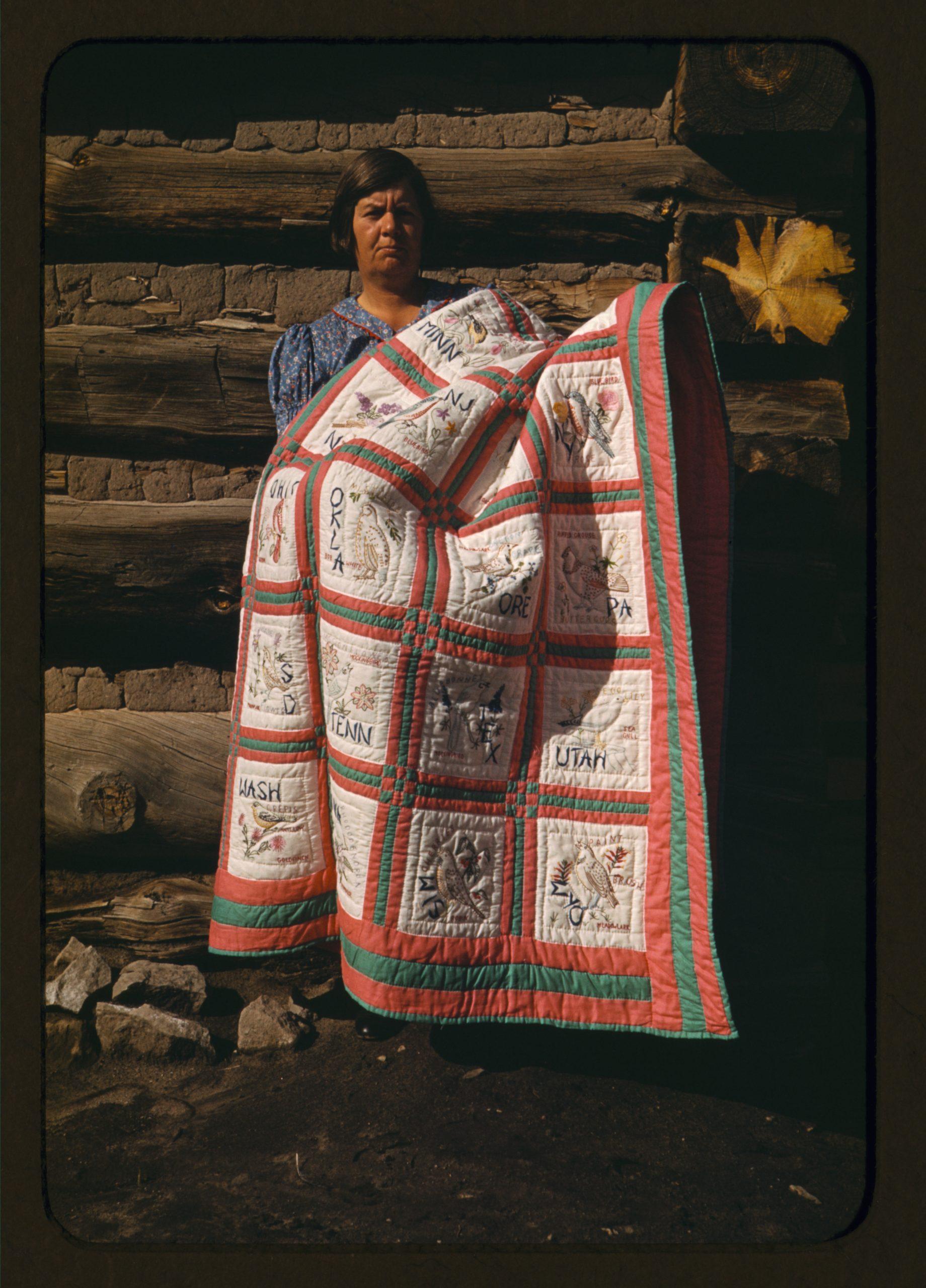 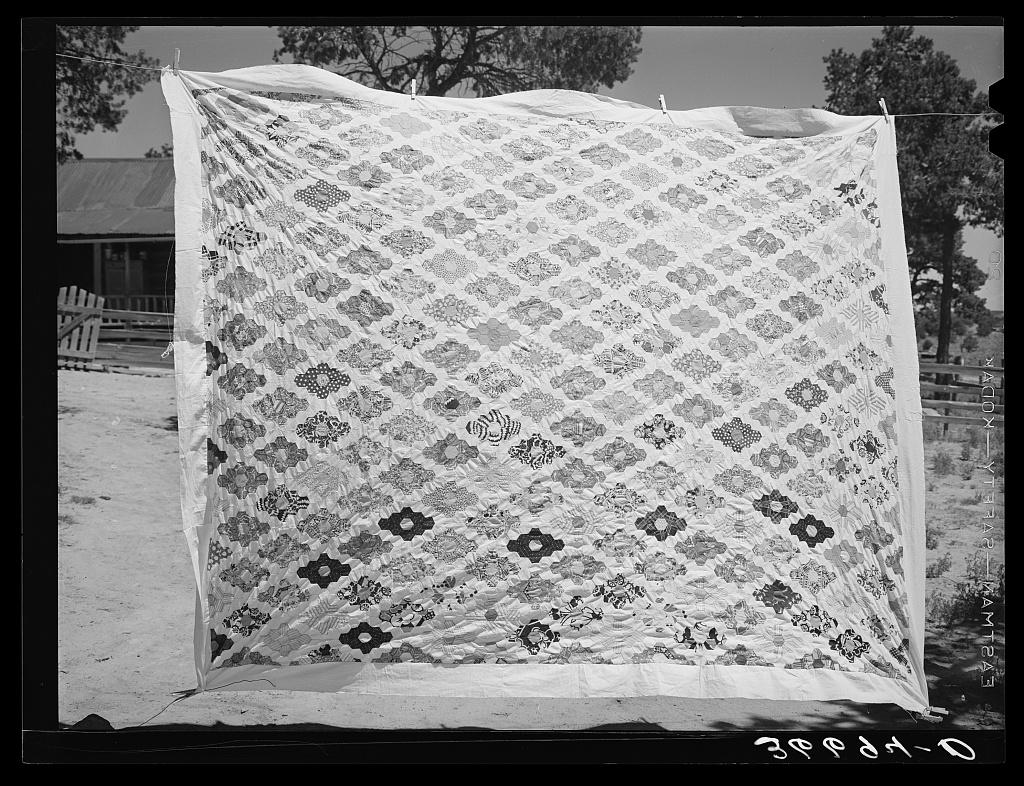 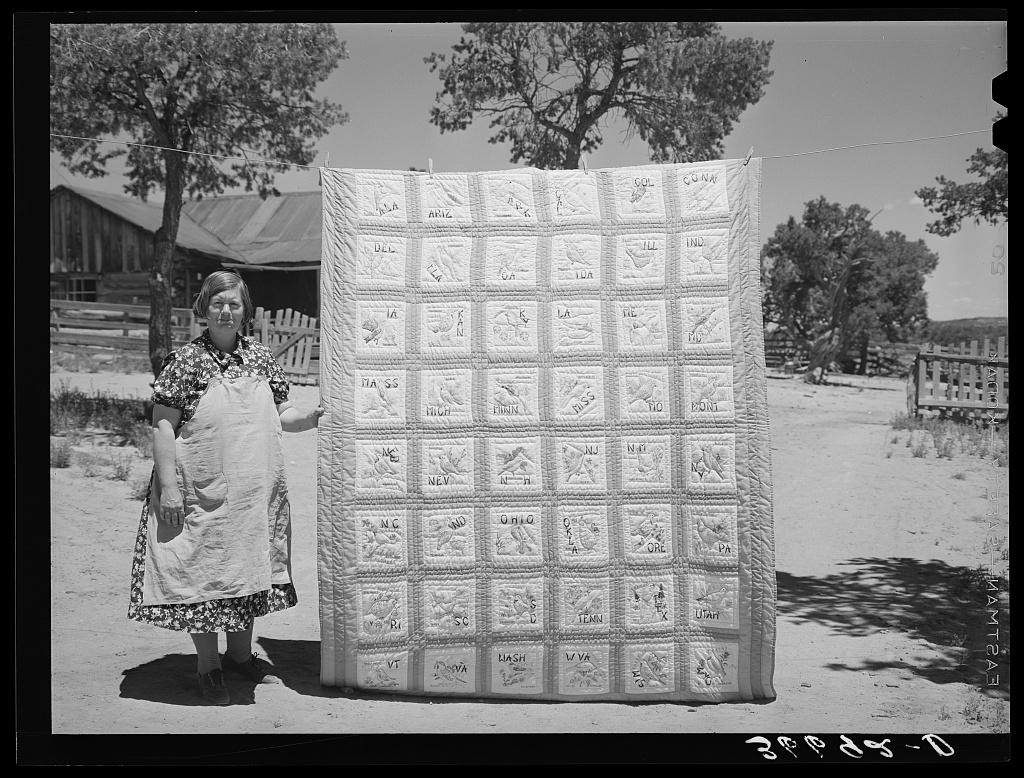 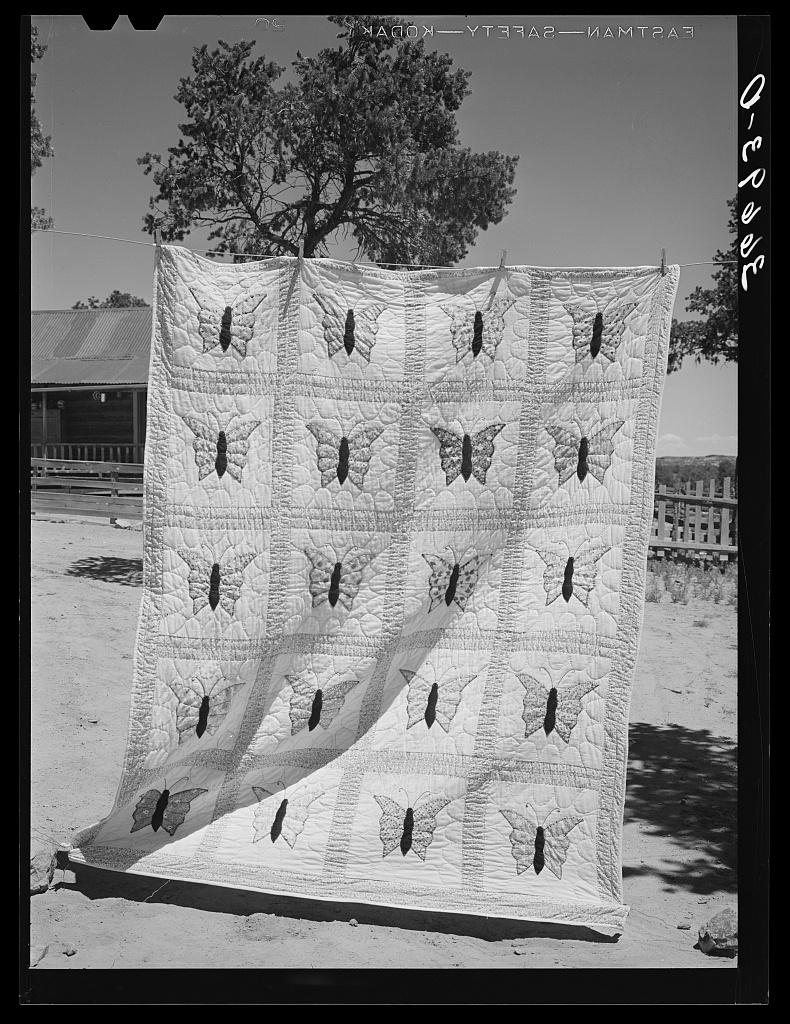