The Federal Writers Project included the WPA Slave Narrative Project, in which unemployed writers interviewed individuals who grew up in slavery or were the descendants of those who did. The resulting narratives feature details about life during slavery, including textile processing practices. Lucindy brought out her mother’s spinning wheel, which her mother used for spinning yarn for the white enslaver family and for other African Americans living on the plantation, to pose with for the photo accompanying her interview. 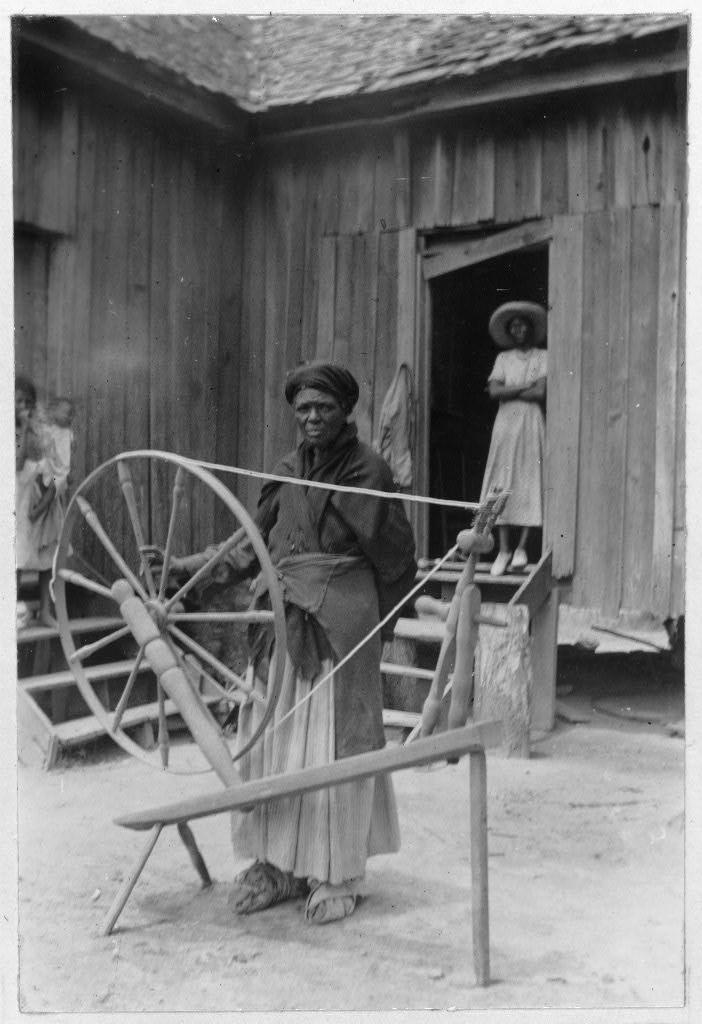