The Brooklyn Museum’s objects are heavily represented in the IAD. The New York City sub-project was the initial pilot of the Index, with many of the cultural movers and shakers who conceived of the initiative based in NYC. While many museums had begun to collect decorative and applied arts to fill their period rooms, the Brooklyn was unusual in its number of quilts and other historic textiles. The Brooklyn Museum has 27 quilts from its collections in the Index, a remarkable number, since many art museums did not begin acquiring quilts in great quantity until the 1970s. In 1934, shortly before the IAD began its work, the museum had reconceived of itself as an art museum, rather than as a catch-all museum of arts and sciences. With this shift, the quilts and other textiles in its collection were reclassified from “tangible examples for the (often hands-on) study of social and cultural mores” and were no longer considered solely as “cultural evidence” but as works of art (Catherine Morris, “Historical Quilts and the Elizabeth A. Sackler Center for Feminist Art,” in “Workt by Hand”: Hidden Labor and Historical Quilts [Brooklyn, N.Y.: Brooklyn Museum, 2012], 13–14).

The Brooklyn Museum’s quilts had detailed provenance and descriptions, which IAD staff included on the datasheets. The datasheet for this gorgeous Star of Bethlehem quilt includes the description: “Against a glazed chintz of tan with flowers in shades of red, blue-green, blues and purples is one large star made of diamond-shaped patches. In the center is dark red then lighter red pink and white, next come dark blue, blue, light blue and white; then brown, tan and white; then 3 shades of blue and white, lastly, right in the point, a brown that harmonizes with the brown in background. All fifteen materials used are patterned, and colors and patterns blend into harmonious quilt of unusual beauty.”

Milia Davenport conducted research for many of the New York textiles, here, correcting the datasheet with her handwritten notes adding details about dates and attribution. Davenport was the child of biologists Gertrude and Charles Davenport, who were leaders of the American Eugenist movement. Milia went on to become the founding librarian of the American Folk Art Museum in the 1960s, and was highly regarded as a costume designer in her own right. Prior to working on the Index during the Great Depression, she was an editor at the literary magazine The Quill. Despite being well-connected in New York’s arts and culture scene, she needed work with the WPA when times were tough. 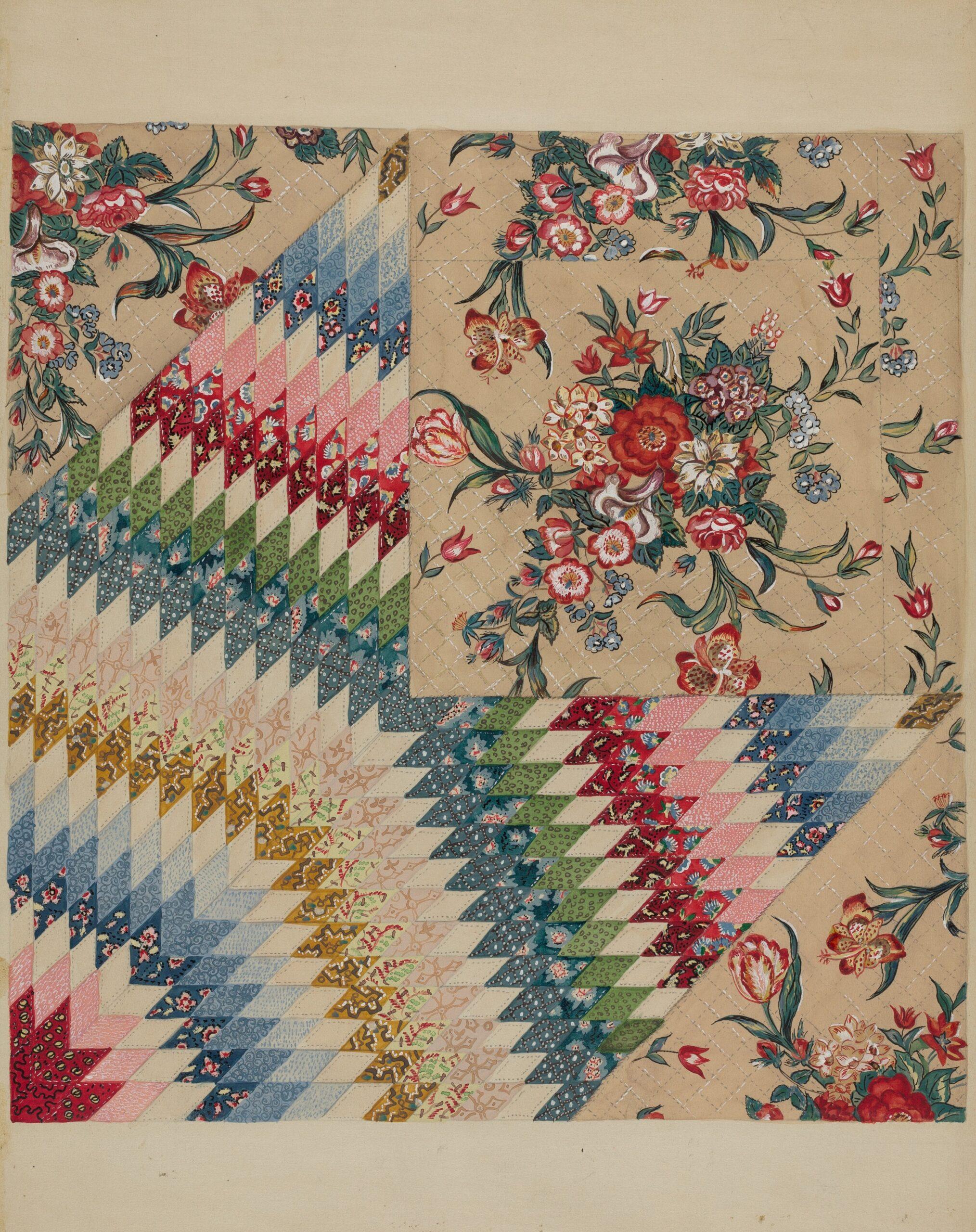 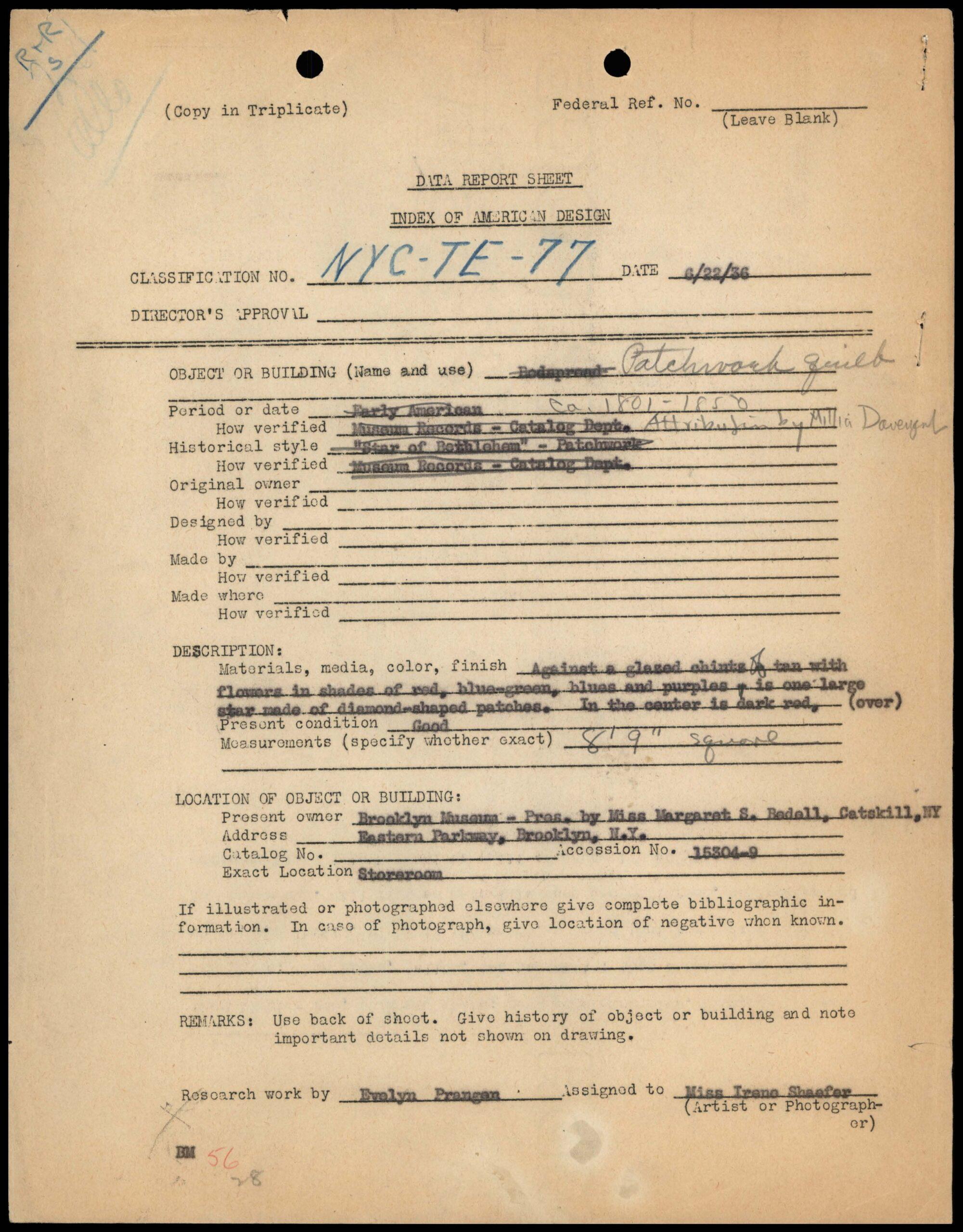