Rural arts exhibition held under the auspices of the Farm Security Administration (FSA) in the patio of the U.S. Department of Agriculture building. Wooden religious figures made by Indian in New Mexico; oldest dated quilt made in West Virginia, then a part of Virginia in 1795

To showcase and promote its initiatives to revive handicrafts as sale-able commodities that could in turn help rural Americans earn a living, the United State Department of Agriculture partnered with the FSA, WPA, and several private sector organizations, including the Russell Sage Foundation, the American Federation of the Arts, and the Southern Highland Handicraft Guild to present the Rural Arts Exhibition in Washington D.C. in 1937. The event exhibited over 2000 objects, and netted over $1,800 in sales. Although the exhibit focused on newly made crafts, it also exhibited a few historic objects, including this 1795 quilt known at the time as the oldest dated quilt in the United States, made in Virginia (now West Virginia) and loaned by Mrs. M.C. Brown of Charlottesville. 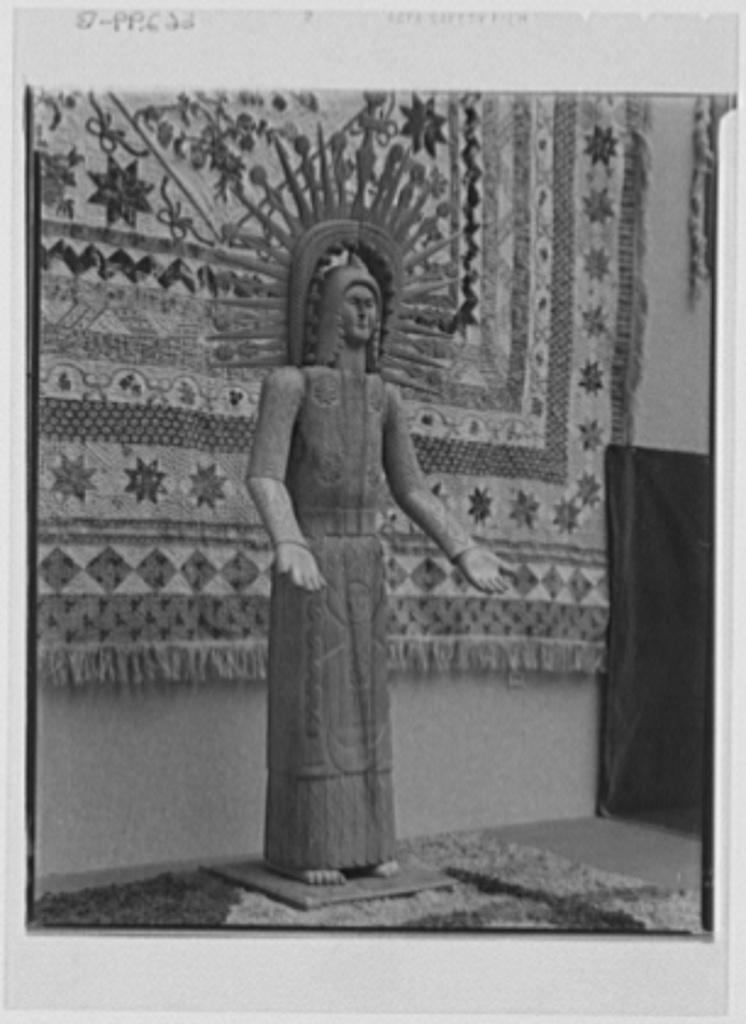