Prosperity is Just Around the Corner

Although President Herbert Hoover probably never said the exact words, “Prosperity is Just Around the Corner,” by 1932 this was a popular sentiment, with a hit song prominently featuring the title. Quiltmaker Fannie Shaw was certainly familiar with the catch phrase when she made her quilt in the early years of the economic downturn following the Stock Market crash of 1929. Her quilt featured common Americans peering around the corner awaiting economic relief: a housewife, banker, teacher, ball player, bum, and dozens of other representative figures hoping that better days are ahead.  In a 1978 interview she recounted that she based many of these appliquéd blocks on real individuals, with the figure of the housewife representing herself, and the adjacent farmer, her husband: “He didn’t have no time to look around no corners. He just had to look straight down his row behind his old plow.” She stitched the grocer, Einspizer, who she recalled “would let everybody he possibly could have their groceries on credit. He couldn’t afford to do it really.” In the lower right hand corner, she appliquéd Uncle Sam, arriving with farm relief, legal beer, and other aid.  Fannie Shaw’s quilt is clearly a prime example of creativity in the face of adversity, and while she may have been discouraged by Hoover’s false optimism, she perceived in American people a desire to unite and help each other through the Depression; she recalled “I never saw so much loviness in this country. It was one for all and all for one. Everybody loved. Everybody was scared and everybody was worried. All they owned to give each other was love.”

Quotations from Shaw from Norma Bradley Buferd and Patricia Cooper, “Prosperity Is Just Around the Corner,” McCall’s Needlework and Crafts, Spring 1978, 104–6 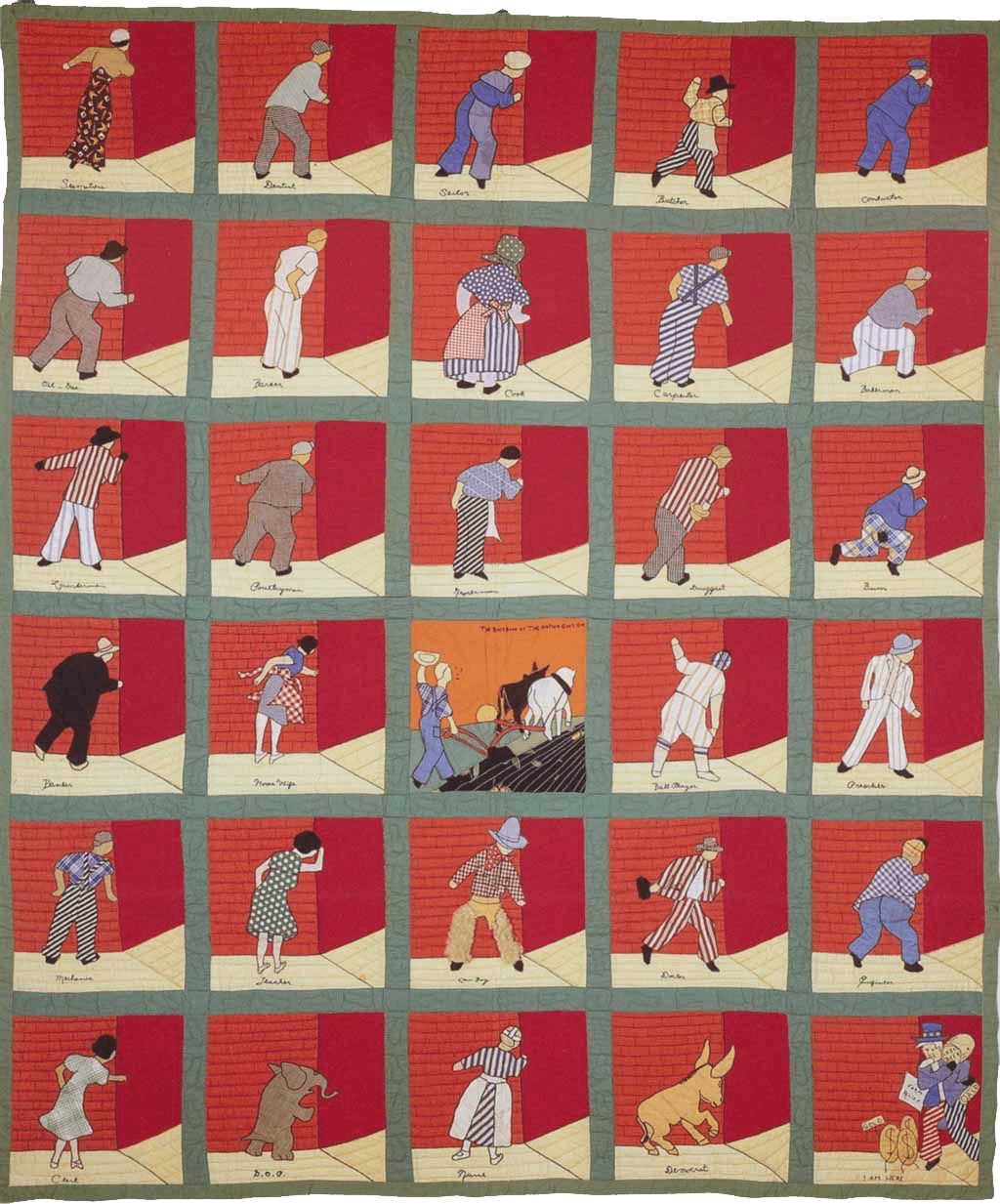